One of the reasons Joe and I needed to get down to Gulf Shores, AL. so early in the fall was so Tiffany and I could host a Baby Shower for our soon to be born nana and papa baby girl, Maddie June. Tiffany ( our daughter) and I had to plan the shower that was to be 10 days from the day we arrived in Gulf Shores. We planned the food, cake, and games. 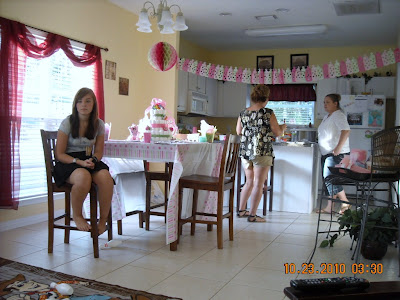 One of Alisha's co-workers bought all the decorations. The shower was held for Alisha (our other daughter) in her new home. 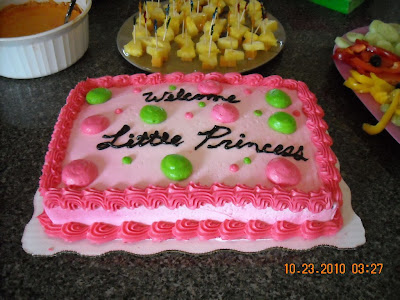 The cake was made to coordinate with the decorations. 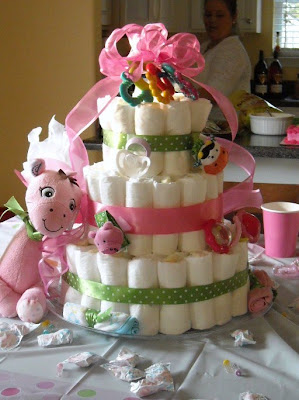 Tiff and I made this diaper cake with 80 some diapers. 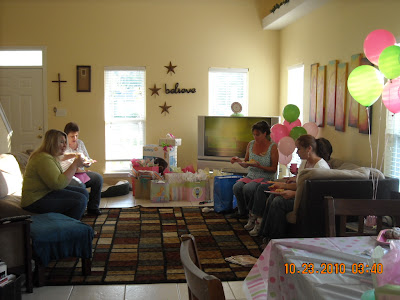 The food was great and we had a lot of fun. 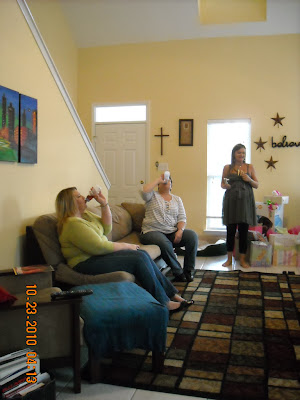 One of the games was a baby bottle race. The 3 biggest losers of the other games got to be in the race. They got their drink of choice for the race. One guest had sweet tea ( which is very big in the south), one guest had water, and the last had wine. 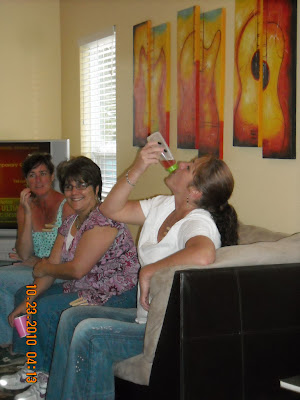 The wine drinker was the winner. She had a bit of a head rush after the race. 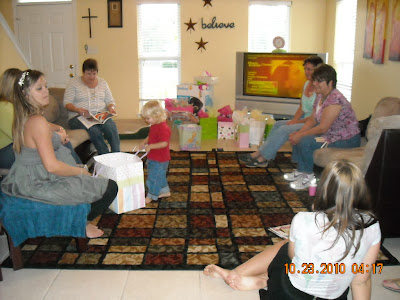 I must say these southern women love to shop. Many of her guest had bought 3 to 4 outfits! Bernice, the lady who bought the decorations, had two full sacks of baby clothes. It was a good thing, because it has been 14 years since her last little girl Hayleah, and of course those hand me downs are long gone. 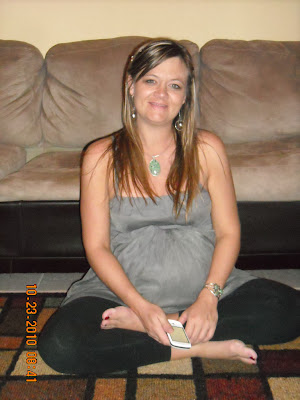 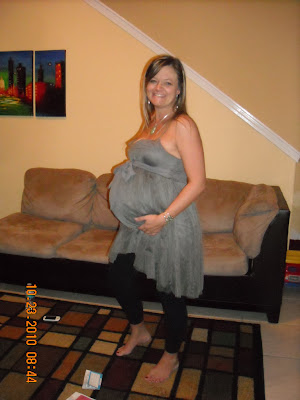