We headed to the historic Santa Fe Plaza late this morning. As we passed Bobcat Bite I took a picture of it because my batteries had died last night while we were there. 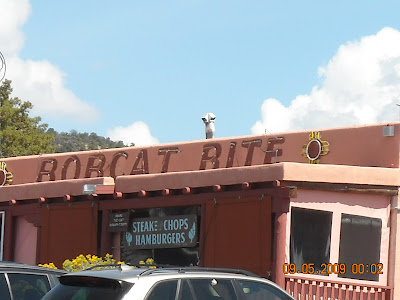 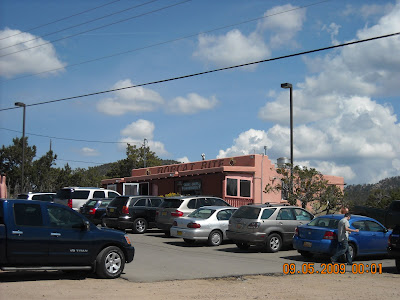 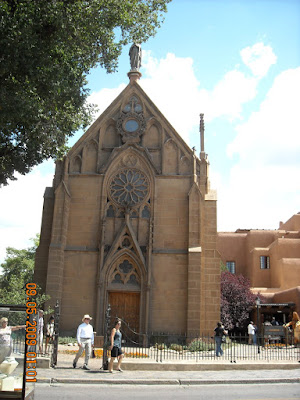 We stopped in at this old Catholic Church in the old Santa Fe area. 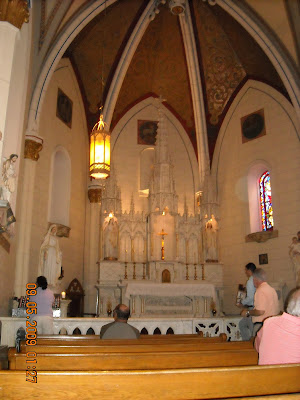 It was built in the 1800's as the chapel for a girls school. 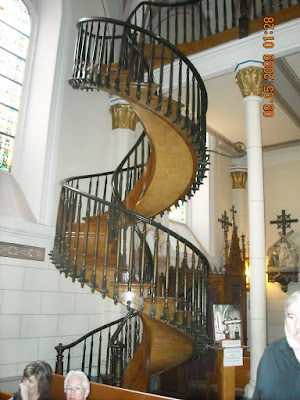 It is famous for this spiral staircase. 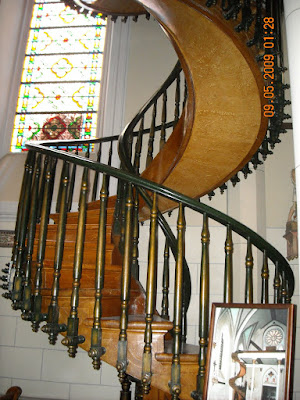 Architect's and engineer's still marvel at the staircase. 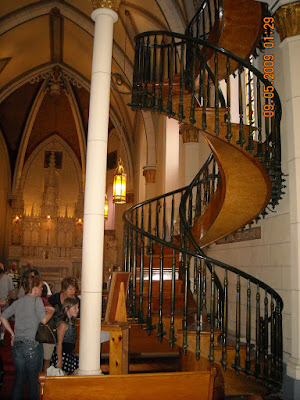 There is no center support pole and it is not connected to the wall. 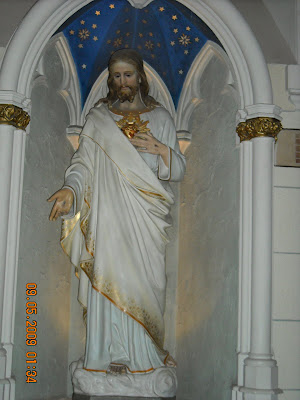 A statue of their and my beloved Lord. 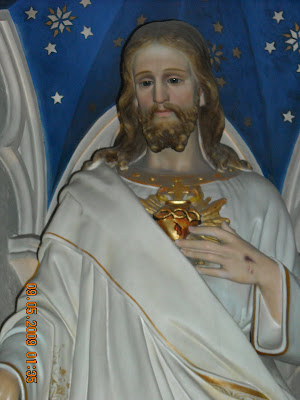 A close up of his face and hand. 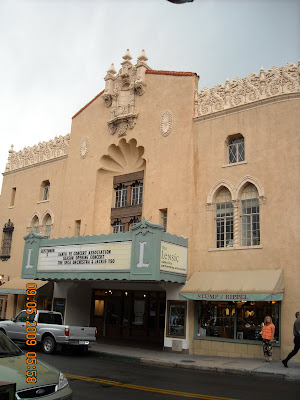 After strolling around some vendors in a park, we headed for the Five & Dime General Store to get lunch. In my, " 500 Things To Eat Before It's Too Late" book, it mentions about 5 different places to get Frito Pie. It's a bag of Fritos opened and then red chili is poured over the Fritos. Cheese and onions is also added to the bag. Now we are not talking about regular chili. Joe and I shared a bag, and our mouths were burning hot by the time we finished the bag. It was mighty good, but hot with a kick. I think I could get used to this kind of food. After lunch I drug Joe all over the Plaza, enjoying every minute of it. A art festival was going on in the Plaza park, so of course I had to look at everything. After hours of walking and shopping we went to the Plaza Cafe which has been around since 1918. At the Five & Dime we shared a table with some locals who recommended the Plaza Cafe for authentic Santa Fe food. I ordered my food with the red and green chili sauce on the side, where as Joe ordered his with the green chili on top. The food again was great but hot. I was glad I had ordered my sauce on the side, as Joe wished he had too. I took a piece of coconut pie home, which was the best coconut pie I've ever had. Their desserts were freshly made, unlike the frozen deserts , most restaurants carry. 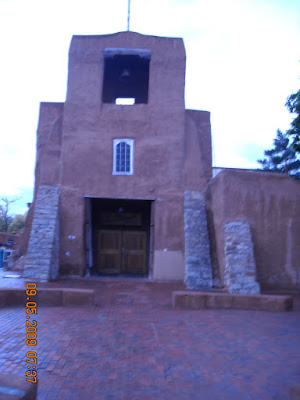 On our walk back to the car we passed the oldest church in the USA. 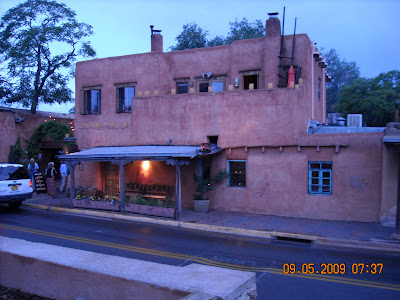 And the Pink Adobe, (another well known restaurant in the historic part of town).
Posted by diane-j-m at 9:47 PM