When we left the Wal-Mart in Tallahassee, Florida, things went bad once again. Joe normally checks out his exit plan before we head out for the day. We had got in late the night before and the ball was dropped on finding out which way was the best to exit. The Wal-Mart's exit look normal, so we headed for the exited. The lane took us to a road that said, "wrong way". The only other route was through a McDonald's. I told Joe to go threw McDonald's, even though I could not see where it led to. Joe saw that it was a entrance coming in, but thought we could sneak out quickly. As he pulled on up to the road, a car came in toward us. The car stopped and honked at Joe. Joe lifted up his hands, as saying " I am sorry, I can not back up, please back up for us". The car would not back up and Joe kept gesturing to him to please back up. Finally the guy got out of the car and walked up to our window. Joe explained his blight, and he replied, " I sorry mister, but you can not come out here because there is a medium and you will be heading down a road with three lanes of traffic heading toward you. I don't want you guy's to get in an accident. We could not see the medium where we sat. We thanked him over and over for not moving and letting us get into more of a mess!.It was just another day in the lives of a "Full Time RVer" or Idiots Out Wondering About ( Iowa), as we have been called! We had to get out and unhook the Honda. Then I directed Joe so he could back up, to let the three cars go by that we were now blocking. Lesson for the day, "Know your exit plan from Wal-Mart". Just a note- if we had gone threw McDonald, the route was clear. Men listen to your wives. I had Joe go back to Wal-Mart, as I drove around looking for the best way to get us out and going in the right direction. This was the strangest Wal-Mart exit I had ever seen. 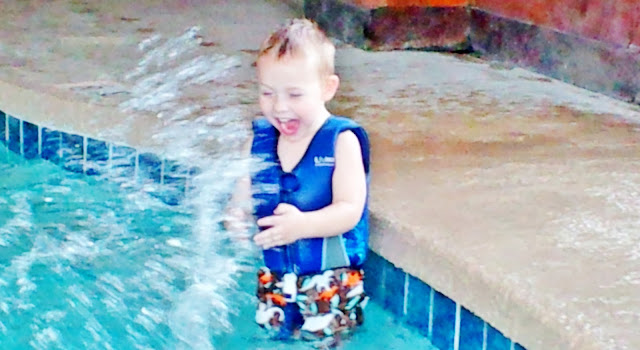