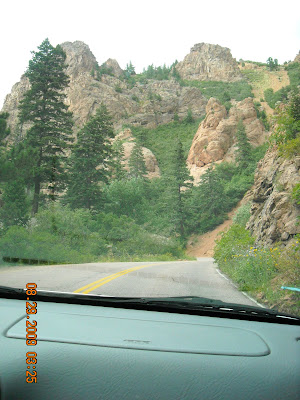 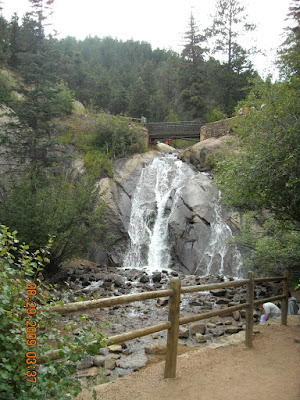 
When we got out we were told we were at Hunt Falls. We were also told it was free, so of course we decided to get out and walk the trail. The man who was giving us information, told us it only took about 15- 20 minute to the top. 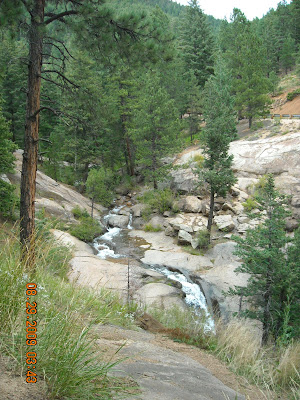 Above the fall and a very steep trail up farther.

After going farther, I needed a second break so we stopped. There was some other people taking a break and we engaged in conversations during the break. After a breather we all continued to ascend up the hill. They seemed to need as many breaks as I did, so we learned more about each other, as we climbed, talked and rested. I thought there were more falls above, but it was just a great view. 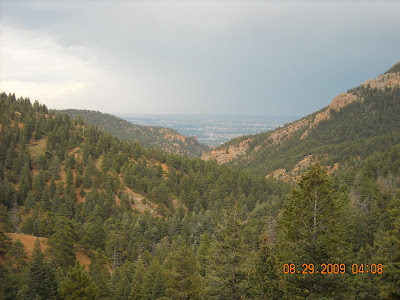 View from top of trail. 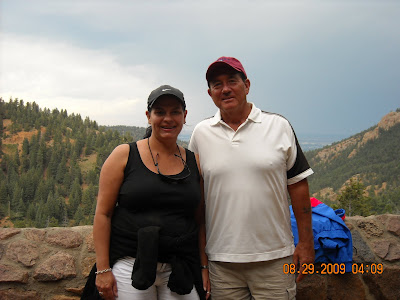 The friends we met as we traveled up the hill. Both live in Denver, and Les ( the guy) owns a winter home in Florida. 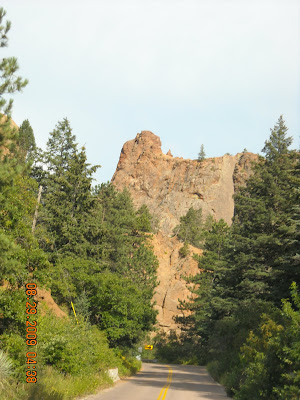 Drive back through Cheyenne Canyon to find Seven Falls. We arrive at Seven Falls and pay the $9 per person fee. 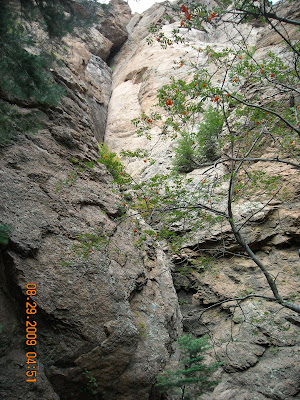 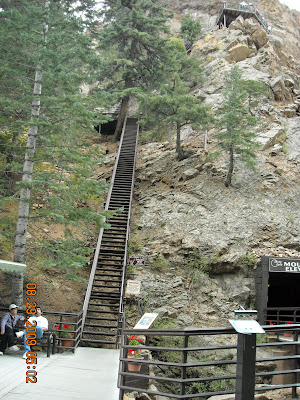 You can walk up the stairs with 181 steps or take the elevator up to a platform to see the falls. Because I am still having back pain especially at night and in the morning, and because we had already climbed many stairs at Hunt Falls, we opted the elevator. ( elevator to far right of picture) 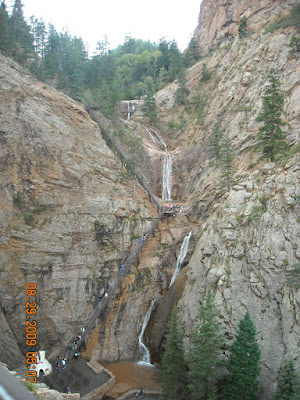 At the top of elevator, we viewed the falls from the platform 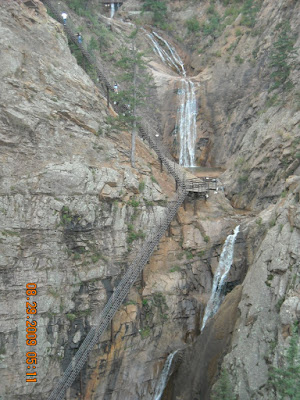 You can also view the falls from the ground, but you can only see 3 of the falls from there. From the ground, there are also steps to the top of the Seven Falls. We watch as some people climbed up them. Coming down was more scary as I watch a few hang on for dear life and climbing back down like snails. It didn't help, that it had just rained while they were up there and the stairs were wet. 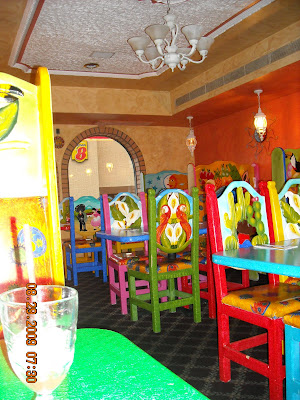 After the falls, I took Joe out for authentic Mexican at "Arceos" as recommended by the owner of our park. 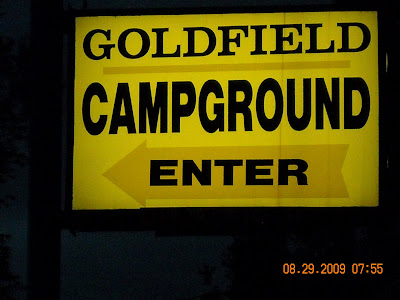 Food was very good and then we headed home. This is the name of the park we are at til tomorrow. 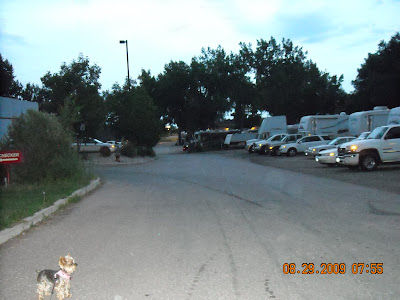 This is the entrance to the park. Off to the left ( not shown in the picture) is a auto parks business. 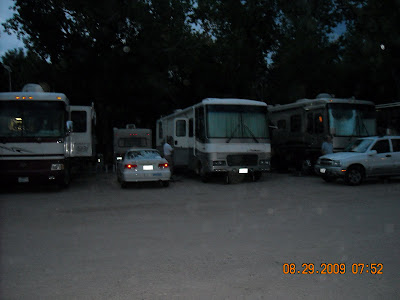 The park is located right in town. We are jammed in like sardines, but all attractions are very close.
Posted by diane-j-m at 9:44 PM