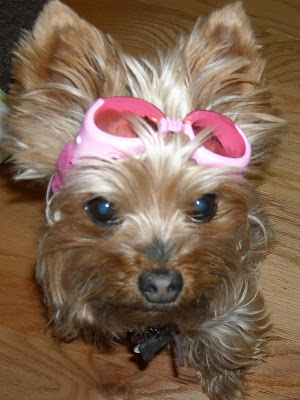 We left Colorado Springs this morning around 11:30 and headed down Interstate 25. Joe said, " Oh this is nice to get back to interstate, where it is flat and I don't need to worry about getting up the next mountain". After 30 minutes he saw a rest stop, and pulled in, and said, " and there are rest stops always around".
Back to the Wyoming landscape. We didn't realize Colorado was a desert environment.
A few hills and big clouds.
As we got closer to Walsenburg, we started to see the Wet Mountain range off in the distance, which of course is part of the Rocky Mountains.

At Walsenburg, we took Hwy 160 east instead of west, as I was talking to my mom, instead of doing my job. About 4 miles, something didn't seem right, so as I talked to mom, I looked down at the GPS and saw it was showing we needed to turn around. I let mom go and Joe had to find a place to turn around. Not easy when you are 36 ft long and pulling a car.
We turn around and headed 160 west toward Blanca, Colorado.
According to the map there were no mountains to cross. There was no green on the map, so no mountains, right?
It looks like rain to the north.
The clouds are moving our way. Joe asked if we are climbing, even though the road looks flat. He said the engine is working hard. I checked the GPS, and sure enough we were climbing. We climbed from 4000 something to 9400. The climb was slow and long. There were no cliffs and the roads were good, but Joe had his foot to the floor as we climbed at 35 miles per hour. The rain reaches us as we continued to climb. Joe was nervous the engine wouldn't make it. He told me this as we reached the top.
Joe relaxed now, as we start our decline. I start to get nervous because the roads were wet and I didn't know what was coming next.
Joe's was going 45mps down the hill. I asked him to slow down more.
The hillsides are covered with what looks like sage.

I finally realized the descent was as slow and long as it was up. I relaxed now.
We are almost there and it is clearing off.
We arrived at the Blanca RV Park. This is our view out our window- Blanca Peak. The drive was a 3 hour drive going 145 miles. Tomorrow the the Great Sand Dunes of Colorado.
Posted by diane-j-m at 6:22 PM